In 2001, to mark the 50th anniversary of the 1951 Convention Relating to the Status of Refugees, the United Nations General Assembly declared June 20th to be World Refugee Day. Every year, countries across the world celebrate World Refugee Week to rally welcome and support for refugees, and in recent years, an increasing number of books for children feature the incredible stories of refugees that make excellent stories and conversation starters to share with young readers. Visit your library or bookstore today to add to your own World Refugee Week collection with some of our favorites. 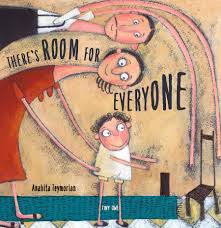 Tiny Owl Publishing provides There’s Room for Everyone, a touching allegory for war and the refugee crisis. As he lies awake at night, a young boy sees that there’s enough room in the sky for all the stars and the moon. He notices there is enough room in the ocean for all the fish and even the whales. So why do people and countries fight for space when clearly there’s enough room for everyone?This young child’s reflections carry a profound message of peace and tolerance. 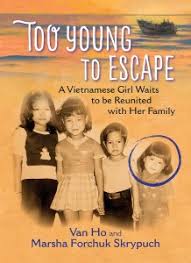 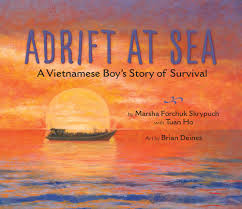 Tuan Ho’s recount of the flight of Vietnam’s “boat people” refugees. In 1981 at six years old, he, his mother, and two sisters dodged the bullets of Vietnam’s military police for the perilous chance to board a boat for freedom. Complete with an expansive historical and biographical section with photographs, this nonfiction picture book is an important read as the world responds to a new generation of refugees. Don’t forget to check out its companion title Too Young to Escape to read about Tuan’s sister Van who was too young for the dangerous journey.

Tilbury House Publishers’ Who Belongs Here, can be used to teach compassion for recent

immigrants and refugees. Nary, a young boy fleeing war-torn Cambodia for the safety of the United States, is having some issues with classmates who think he should go back where he belongs. But what if everyone whose family cam from another place was forced to return to his or her homeland. Who would be left in the United States? 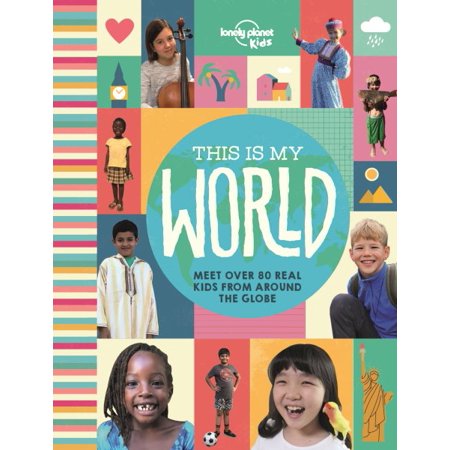 In This Is My World from Lonely Planet Kids, young readers are introduced to over 80 real kids from across the globe, including some who currently live in refugee camps in Algeria, Jordan, and Sudan. This book can be used as a great resource for insight into the lives of children currently in a refugee crisis and perhaps teach other readers that they are not much different than children in the United States. 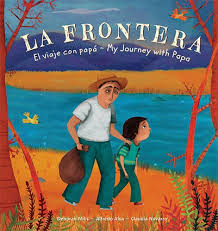 Journey with Papa is inspired by the childhood immigration experience of co-author Alfredo Alva to the United States in the 1980’s. Alva tells of the arduous journey he and his father took from Mexico to the safety of the U.S. The book also includes 4 pages of endnotes that unpack facts about Alfredo’s story and other stories like his / borders and borders around the world to help parents and educators talk with children about immigration, resilience, empathy and belonging.

For older readers, The Fox Girl and the White Gazelle from Floris Books offers a story of friendship and belonging through the relationship of twelve-year-old Syrian refugee Reema, and her Glaswegian neighbor Caylin. Reema is struggling to find her place

in a new country with a new language and without her brother. Her neighbor Caylin has her own day to day struggles with loneliness and friendship. When an injured fox and her cubs take up residence in the girls’ apartment complex, their mutual love of animals helps them realize that they might have more in common than they initially realized. Inspired by author Victoria Williamson’s work with the Scottish Refugee Council, this story will speak to anyone who has ever asked “where do I belong?”

For more information about World Refugee Week and how you can take action in your own community, please visit http://www.rcusa.org/world-refugee-day.