This is the second in a series of four posts with which we ask you to join us in celebrating World Kid Lit Month (#WorldKidLit on social media).

As we continue to celebrate World Kid Lit Month with a cavalcade of kids’ books from international publishers, we make our next stop in the Western Hemisphere, home to more than three dozen nations in North America, Central and South America, and the Caribbean. We can only touch on some of the rich possibilities! 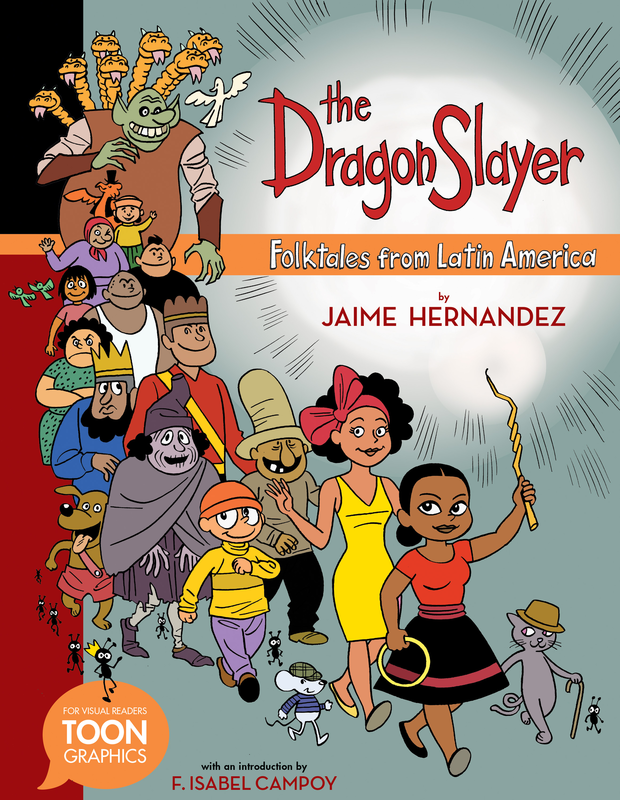 From Toon Books, published in the United States, The Dragon Slayer won the 2018 Aesop Prize for children’s folklore.  This collection of Latin American folk tales by cartoonist Jaime Hernandez includes an introduction by Latin American literary and children’s literature scholar F. Isabel Campoy. It’s available in both English and Spanish language editions.
Another format for books is the audiobook and 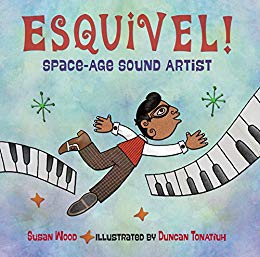 publisher Live Oak Media, another US publisher, is a frequent winner in the category of read along materials. Brian Amador’s performance of Susan Wood’s Esquivel! Space-age Sound Artist  was an Odyssey Honor Award in 2019. Be sure to view the illustrations by Duncan Tonatiuh as well as listen to the music-rich reading.
Barefoot Books, located in the US, has 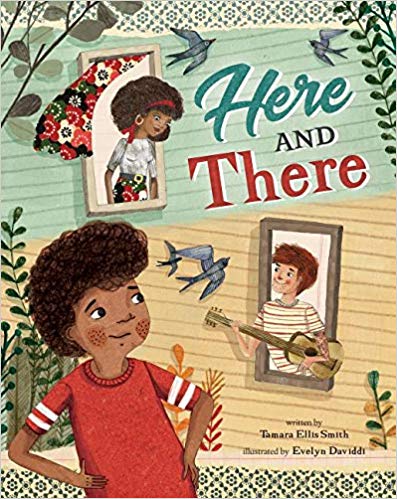 been reaching out to readers with culturally rich picture books and anthologies reflecting all points on the globe. In the newly arrived picture book Here and There, by Tamara Ellis Smith with illustrations by Daviddi, we meet a boy whose circumstances are not uncommon: he lives sometimes with his mother and sometimes with his father, and the two homes offer different attractions and distractions.
Inhabit Media is the Inuit owned children’s publisher in 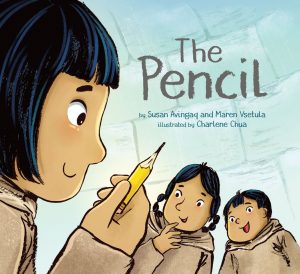 Canada who repeatedly brings readers everywhere stories that maintain universal appeal while also revealing specific cultural references. Among their picture books that show a typically under-documented era between European contact and modern Nunavit, The Pencil, by Susan Avingaq and illustrated by Maren Vsetula shows and tells how the arrival of new tools were folded into traditional lives. As with many of their books, Inhabit Media has made sure this one too is available in both English and Inuktitut editions. 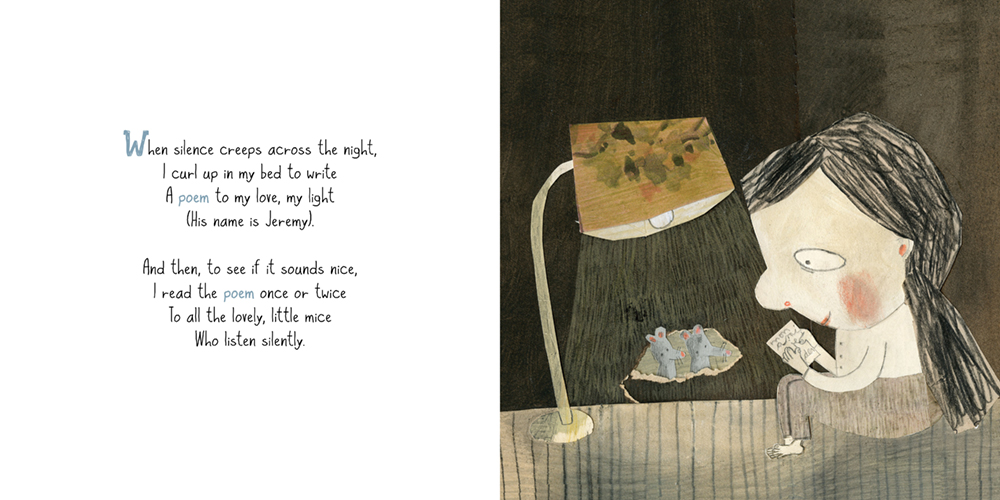 Canada’s Pajama Press provides an array of picture books and middle grade novels that have their roots in English, French, and other languages. All the World’s a Poem, by Gilles Tibo and illustrated by Manon Gauthier, then, may be the best place to start discovering them!