This article is by Publisher Liaison Izzy Krause 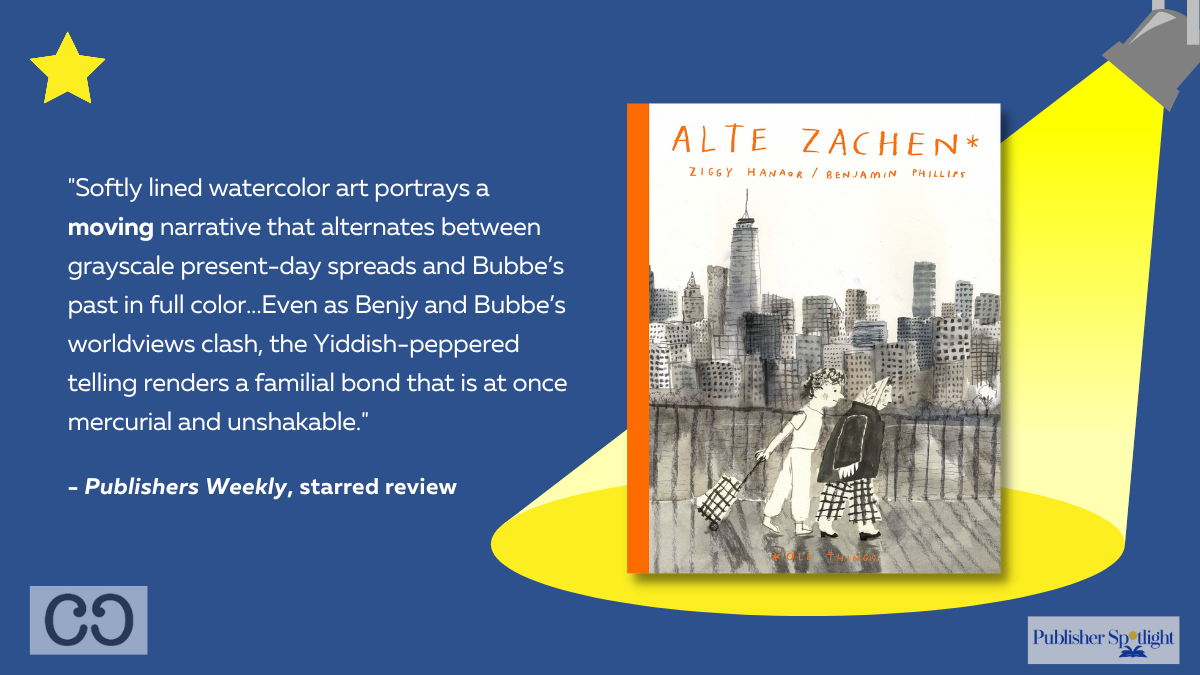 We are delighted that Ziggy Hanaor took time with us to talk about her upcoming graphic novel Alte Zachen / Old Things. With its softly designed sequential art panels by Benjamin Phillips, the story is set in a contemporary New York City–with memories of War-era Germany and then to mid-20th century Brooklyn and Manhattan’s Lower East Side–and features a loving grandson and his Bubbe. Find out more in our interview with Ziggy: 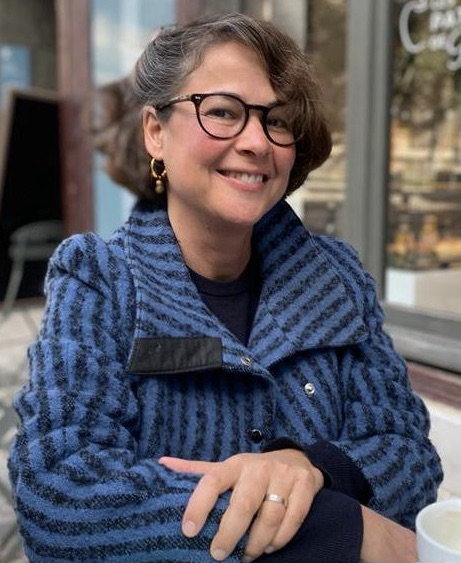 What inspired you to write Alte Zachen? I wanted to write a graphic novel and I had an idea for an old lady and her grandson wandering through a city. I wanted to look at some of the aspects of metropolitan life through two very different lenses – one very clear and accepting and the other world-weary and sceptical.

Whose experiences did you remember as you worked on Alte Zachen? The grandmother character was an amalgamation of my own grandmother and my best friend’s granny growing up. My own grandmother left Germany for Palestine in 1933 and helped found a kibbutz. She was actually a pretty tough, no-nonsense kind of woman. My best friend’s granny was a Holocaust survivor and her memories were disjointed by trauma. Everything around her was filtered through her experiences and you never knew what kind of response you were going to get from her to any given situation. Certain things could set her off and it would all get very dramatic very quickly. Bubbe Rosa is more this kind of person – her responses to the world are filtered through her own passion and pain, and they can be misinterpreted by people who don’t realize that. 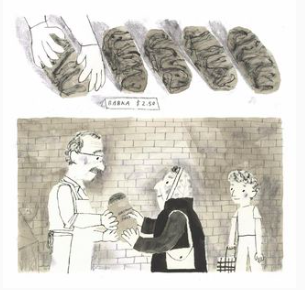 How did you connect to the illustrator? What drew you to his style? I found Benjamin Phillips on Instagram. I’m always trawling Instagram for illustrators and a lot of the people I work with I encounter first there. I was immediately drawn to Ben. He has a real warmth to his work. He uses pen and ink and everything has a very analogue vibe to it. We had a few chats, trying to find a project to work on, and then I sent him the script for Alte Zachen, which had been on the back burner for a while. As soon as I saw his sketches of Benji and Bubbe, I knew he was the right person for the job. He also had a Yiddishkeit grandmother, so knew exactly how to convey her.

Why did you set the book in New York? I live in London now, but I grew up in New Jersey till the age of 13. New York is where a lot of my childhood memories take place, and I felt like I could see the city quite easily through Benji’s eyes. There’s also a narrative around New York as a place where all cultures and peoples can meet and mingle without judgement; a place where anything is possible. I don’t necessarily subscribe to this narrative, but it kind of served my purposes – Benji embraces that tolerant but slightly naive world view, whilst Bubbe sees the layers of history under the city, relating to it in a way that is tinged with nostalgia and regret, and not a small amount of anger at the gentrified, homogenized beast it has become.

What’s a favorite recipe of yours for Friday night dinners?  Haha! I don’t really have one. My mum is actually Iraqi Jewish, so we grew up with Iraqi food more than Ashkenazi food. She made a mean slow cook chicken with lentil rice, so probably that!