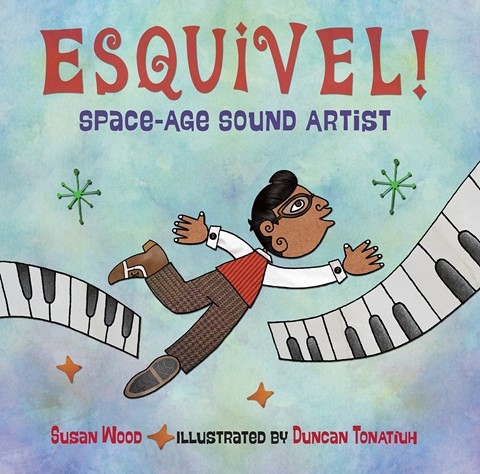 The 24thannual Audie Awards ceremony, held 4 March 2019, made one of our publishers a star—again! The Audies are the premier awards program in the United States recognizing distinction in audiobooks and spoken-word entertainment.

In the category of Young Listeners, Live Oak Media was represented by two of the five finalists. Esquivel! Space Age Sound Artist  is a picture book introduction to Mexican musician Juan Garcia Esquivel, written by Susan Wood and illustrated by Duncan Tonatiuh, first published in print By Charlesbridge and turned by the Live Oak Media artistry and engineering into a fully soundscaped feast, read by Brian Amador, with singing by Rosi and Brian Amador.

With these two strong contenders, Live Oak Media went to the Audies 2019 ceremony with good prospects. And, indeed, they created the winning Young Listener audiobook for the year! Before She Was Harriet, the full cast of highly regarded narrators (who can count many other Audie Awards across the years among them), and Live Oak Media added another medal to their recognition.

You can hear a clip from the winning audiobook at the end of this AudioFile Magazine review.