The United States Board on Books for Young People (USBBY) released its annual list during the opening of the 2015 Midwinter meeting of the American Library Association. Among the books touted on the new list are several from our own publishers: 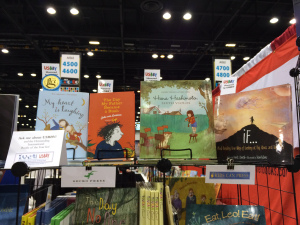