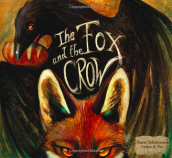 What the book’s about

Three Activities for ages 4 and up, by Francisca Goldsmith

This is a variation on the field game “Simon Says” which reinforces some common English idiomatic expressions.

Read the book and show the  bold paintings. Ask children to share expressions they have heard such as “smart as a fox” or “greedy as a pig.”

After enough suggestions have been offered that it seems the group is mostly confident of the idea, invite everyone to go to one side of the room and stand in a row facing you on the other side of the area.

As you make each of the following (or similar) statements, children can move ahead one step if the expression is familiar and tells of a characteristic that was discussed. If the expression doesn’t make sense and someone moves forward, she or he needs to go back to the start line and begin again.

Some idioms worded as animal characteristics you can use include:

And you can use silly ones that are false like:

Be sure to reference the idioms the group generated during the discussion.

* If anyone present has a mobility challenge, change the instruction to suit everyone’s capacity, such as partnering everyone or instructing forward movement to be measured in a special distance, such as the length of your own forearm.

For ages 7 to 10, and older for English Language Learners

Celebrate the poetry of this account by savoring and saying the words and phrases as a dramatic reading.

After reading the book aloud yourself at a pace that allows all to notice the rhythms of the poetic speech, divide the group into Foxes, Crows, and Owls (observers of the fable’s action).

Put it all together in a spoken performance that celebrates the rich language in this telling of the fable.

Explore the painterly possibilities of other fables.

After allowing everyone to take time to view the beautiful paintings in this book, share resource materials** telling, without illustrations, other fables attributed to Aesop. Each artist can then choose the fable she or he prefers and paint in large, loose strokes an illustration of its pivotal point.

**You can use Aesop’s Fables: All Fables as a resource that has no illustrations.